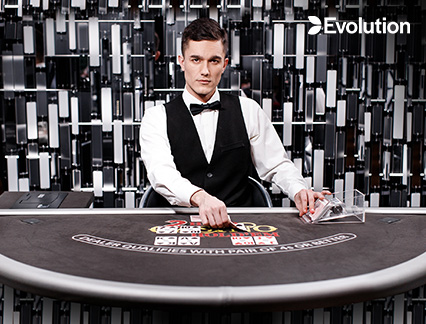 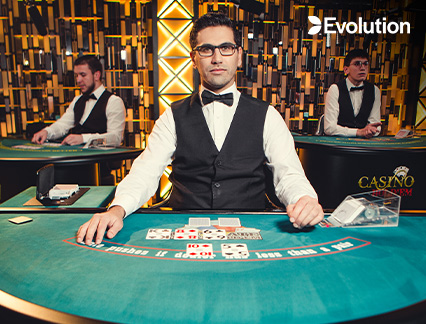 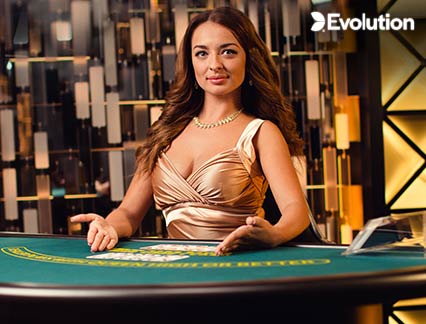 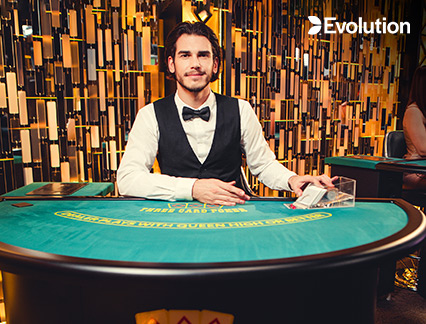 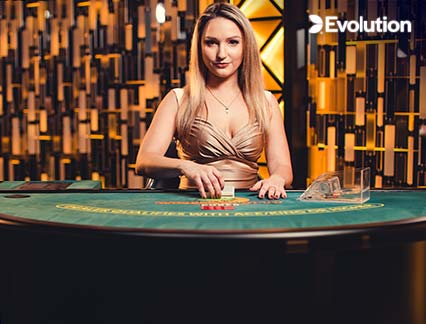 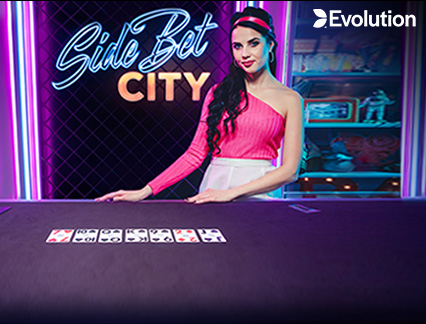 Poker is perhaps the world's most popular card game, generating an estimated annual revenue of one billion dollars globally and attracting up to 100 million participants. It's a game that’s famous for its intense atmosphere and expressionless players hiding behind shades and hats in an effort not to reveal their hand.

At LeoVegas you can find some of the best live poker games around. These are real games with real dealers played in real-time that offer the perfect way to experience poker online. When you play live dealer poker you'll enjoy a highly interactive game, and with a range of options to choose from, there’s something for every kind of poker player. So, pull up a seat at the table and experience the best of what live poker has to offer.

It's not always easy or convenient to visit a land-based casino, so the obvious choice for players looking for an authentic poker experience is to play a live game online. It's a format that's largely responsible for the massive surge of interest in playing poker. Although video poker - which uses a random number generator in its operation - continues to introduce new players to this fascinating casino game, there's nothing quite like live dealer poker for an experience that’s the real deal.

As with all live casino games, a live online poker game is played in real-time and allows players to interact with the dealer and see everything that happens as the cards are dealt. There's the potential for all the cunning strategies that the game is known for, with the convenience of playing from home. And if you're playing on a mobile device, you have the added freedom of playing anywhere.

With games available 24 hours a day, live dealers are ready for you to test out your skills and your luck, and potentially win some amazing cash prizes at any time.

Today's live dealer games are highly sophisticated and use the latest streaming technology, with multiple camera angles, professional lighting and High Definition quality as standard. Some live poker rooms are located in genuine land-based casinos, while others are streamed directly from professional studios.

The games work much the same as you’d expect if you were visiting a land-based casino, with everything streamed directly to your screen as it happens. Players interact with the dealer using intuitive on-screen controls, which provide options for everything from placing your bets to raising or folding.

At LeoVegas, we’ve partnered with the world’s best live poker providers, including Evolution Gaming which has studios dedicated to poker in Canada, Latvia and Malta. All games are managed by experienced and professional dealers who ensure games run smoothly and provide a first-class poker experience.

How To Play Live Poker

It's easy to join in a live dealer game by simply logging into your account, or registering if you are a new player, then selecting the game you’d like to play. There's usually an unlimited number of seats available in most games, so you can immediately begin playing. While there are a number of variations available, many live poker games usually follow the typical Texas Hold'em routine:

Why Live Dealer Poker is So Immersive

Fans of online live dealer games love the atmosphere of the studio, largely because the dealer is actually real and makes the game so much more authentic. Once you've experienced playing with a real dealer and seeing actual cards being dealt, you'll appreciate just how good live games are.

When you play a live dealer game, you'll be aware of the speed. Hands in physical casinos typically play at around 30 an hour or one every two minutes. In a live dealer game online, hands can be as fast as one a minute. With real dealers controlling the action, the experience feels just as personal and engaging as you’d expect when playing at any premium gaming establishment. The excitement of play occurs where speed combines with the live atmosphere. It's what makes live dealer games so compelling.

It's amazing how many different variations of poker have evolved. Although there are several theories about the origin of the game, it probably developed from poque, a card game of 15th-century France. When French colonists settled in New Orleans during the 17th century, they brought their cards with them. It's well-known that poker developed out of an existing game on the floating casinos of the Mississippi River. Poker then went to California with the Gold Rush and became the game of Wild West gunslingers.

These days there are a range of live dealer games you can play online. They include many unique poker variants such as Two-Hand Casino Hold'em and the incredible ‘80s Las Vegas themed Side Bet City. Texas Hold'em is the classic American poker and is the version of the game that most people think of when they think about poker. The winner is the one who forms a hand of five cards with the highest value.

Another variation, Live Caribbean Stud, is a fast game where you attempt to form a winning hand from your five cards plus one from the dealer. Three Card Poker is also a fast-paced game that offers simplified yet highly enjoyable play. Your winning hand only needs three cards and there are also optional side bets available to take things up a notch should you wish.

Live dealer poker online is real-time entertainment. Many players enjoy interacting with or simply sitting back and watching the dealers who make each visit a pleasure. The best live dealer casino games feature professional dealers who often have significant experience in the games they manage. In Malta, there's even an 'Online Live Casino Academy' where newcomers are trained not only how to be expert dealers, but also how to make the online experience as enjoyable and engaging as possible for players.

Live dealer poker lets you experience playing in a live, real-time environment. You can make real money bets and have the chance to win some real cash. Everything about the game is real, in fact. The only difference between playing online and visiting a casino in person is that the action is streamed to your device for the ultimate convenience.

Poker is highly regarded for its potential for strategy and is a game that combines luck with an element of skill. In Brazil, playing casino-style games has been strictly forbidden since 1946. However, poker isn't included in the ban because it was officially declared to be an intellectual sport.

Bluffing is an essential part of poker strategy, and can often see players placing bets in amounts that aim to deceive opponents into thinking they are holding a high-value hand, in an effort to encourage other players to fold.

In land-based casinos, players try evaluating their opponents' hands by observing their expressions. When playing online, players and the dealer cannot see you, which means you don’t have to work too hard to keep your poker face on. Instead, it’s useful to watch how players bet which can help to give you clues about the value of the hand they hold - unless, of course, they are bluffing!

Live Poker and More Of The Best Live Casino Games

Poker has evolved into a clever game of strategy that's perfect for online live dealer games. It's great fun to play and has the potential for winning amazing cash prizes. As well as poker, here at LeoVegas, we’ve got a fantastic range of live casino games, including live roulette and an extensive selection of live blackjack games to choose from. There’s also live baccarat and highly entertaining live game show style options to try, on top of the best in online slots and a world of sports betting markets.