Most Played Online Slots at LeoVegas

Here at LeoVegas, our primary aim is to be the King of Casino, and in order to do that we have to have the biggest, brightest, most innovative online slots available in the industry. Thankfully, we believe we have, with our games provided by heavyweights such as Blueprint Gaming, Red Tiger Gaming, Big Time Gaming, and more. Their best titles have proven popular with our loyal players, and we’re here to break down some of the most played slot games we host at LeoVegas.

There are several reasons why Play N Go’s Book of Dead slot is number one in this list of most played slot games at LeoVegas. Chief among them is the fact that this game is where new customers can use their Free Spins No Deposit Bonus that they access upon registration (T&Cs apply). The fact that it’s a classic slot reminiscent of land-based casinos, as well as the theme of ancient Egypt being one of the most popular in online casino games, also help to make it highly played by our players, both old and new.

The game itself follows the intrepid Rich Wilde as he guides players through catacombs and ancient ruins in a bid to uncover valuable artefacts and untold riches. Lucky LeoVegas players can stumble upon treasures amounting to over 5,000x their selected stake on every spin.

From an old favourite to a modern classic, Starburst slot has wowed a whole new generation of online slot players with its dazzling graphics and intricate gameplay, providing a truly unique experience. NetEnt’s space-inspired release has captured the imagination of online casino players the world over, and is going from strength to strength, highlighting the fact that people are looking for simplistic layouts with great winning potential.

The game is visually stunning, and combines this with a superb soundtrack that immerses players within the theme. The slot spins at a super-quick pace, with wins of 500x your stake available on each revolution of the reels. Winning combinations can be formed both from left to right, and also in the less conventional right to left setup, which is another innovation that makes this a game worth at least a second glance if you’re yet to play it.

The first - but not the last - Megaways title on this list sees players heading to the wilds of North America to hunt down the buffalo. The graphics on this Blueprint Gaming slot are remarkable, as it’s not just the buffalo to keep an eye out for, with wolves, brown bears, and elk also sweeping majestically across the canyon backdrop, with as many as 117,649 potential ways to win in play on every spin.

Buffalo Rising Megaways slot also benefits from an up-tempo drum beat in the background, which helps to transport players to the North American wilderness. The main focus for LeoVegas players here will be the free spins feature, as up to 15 free spins will be joined on the reels by multipliers that can lead to massive wins. It’s worth noting that this feature can be bought into, in exchange for 100x your stake.

Who Wants To Be A Millionaire

At LeoVegas, we wonder if anyone has ever not wanted to be a millionaire, but this slot gives those that do an opportunity to sit in the famous ‘hot seat’ from the TV show of the same name. Big Time Gaming have capitalised on the show’s worldwide popularity, and in doing so have created an incredibly popular online slot that has even the most experienced players taking a look.

Who Wants to Be a Millionaire slot also utilises the Megaways mechanic, offering players up to 117,649 paylines within the base game alone, but the free spins bonus round is where this casino game really comes into its own. Players can gamble the number of free spins they’ve won by selecting one of options A, B, C, or D, supported by the lifelines that you would find in the classic TV show. All in all, 50,000x wins are available in this terrific online slot game.

No list would be complete without our eponymous LeoVegas Megaways slot, making a well-deserved appearance, and we’re pleased to see that the game remains one of the most played. Created for us and our loyal players by Blueprint Gaming, once again there are as many as 117,649 ways to win on every single spin, as players can play the King of Slots inspired by the King of Casino.

It’s not just the masses of paylines that are of interest here, as this slot also offers cascading reels, mystery symbols, and free spins that have an unlimited win multiplier attached to them. The wheel bet and bonus bet features also allow players to buy their way into the main bonus round, with different parameters set depending on which you choose. All of these combine to see this highly volatile slot offer up to 50,000x jackpots for lucky players.

We’re sensing that our players enjoy having thousands of possible ways to win in their favourite slots, as Big Time Gaming’s Bonanza slot becomes the latest on this list of most played games to include the mechanic as part of its gameplay. The Wild West theme found here is also one of its unique selling points, as this is another theme that proves popular in online casino games, without being overdone.

Bonanza blends symbols that fit with the mining motif, such as sticks of dynamite, with playing card value symbols that will be instantly recognisable to those that like to dabble in live casino games. Along with the 117,649 possible paylines, this slot also includes a cascading reels feature, alongside a free spins bonus round that can prove highly valuable, particularly with the addition of an unlimited win multiplier.

The molten reels found here can hold some outstanding wins, showing that LeoVegas players aren’t only focused on the Megaways games, as Red Tiger Gaming’s Dragon’s Fire slot has a more standard layout as an online slot, but there are plenty of hidden depths that can lead to some fiery payouts. The impressive visuals, as the reels are flanked by a mighty dragon, are also likely to be part of the draw of this game.

Dragon’s Fire makes use of a relatively unique feature, with the dragon’s egg multiplier increasing by 1x with every winning combination. This can increase to a maximum of 50x, and the dragon’s eye boost can send it rocketing towards that total by applying a 10x increase. If players can get onto a roll with their wins, then jackpots of up to 10,000x could be available. The multiplier feature also applies to the free spins bonus.

The final instalment on this list comes from iSoftBet, who have created a number of the most recognisable and instantly memorable online slots at LeoVegas. Their most played release, though, is Hot Spin slot, the game that takes inspiration from a traditional pub fruit machine, and provides a modern revamp to bring it into the 21st century world of online casino.

The reels are easy to navigate, with a standard 5x3 layout, which adds to the popularity of the game. However, the main aspect that draws the crowds is the hot wheel, which rotates above the reels as they are spun. The wheel can offer an abundance of varied modifiers at random, but crucially if it’s triggered as a bonus round, then it will also award between 1 and 15 free spins with a modifier attached.

So now you know all about some of the most played online slots here at LeoVegas, but this list is by no means an exhaustive one, as we already possess over 600 games in our casino collection, with new online slots added all the time. It’s not all about slots though, as we are also proud of our live casino games such as Live Roulette and Live Blackjack, where players can experience sleek and stylish surroundings that capture the feel of a real-life casino.

Finally, LeoVegas boasts some of the most in-depth and competitive online betting markets in the world of sport; with football, horse-racing, tennis, and basketball all catered for.

The Casino Bonus Package at LeoVegas gives you the chance to get your paws on up to £100 and 50 FREE Spins when you deposit and play. 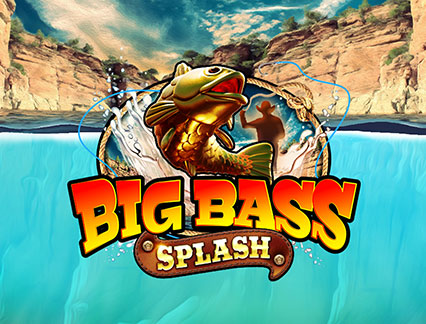 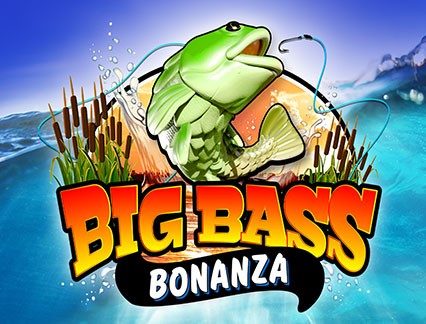 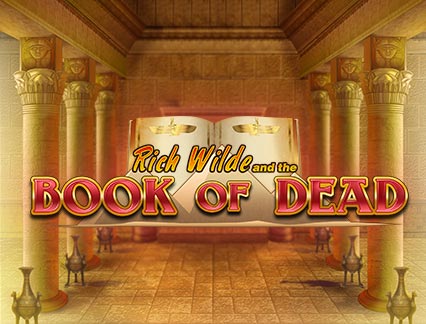 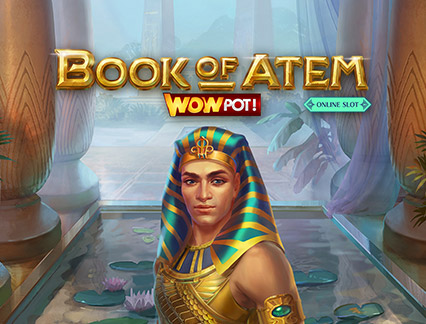 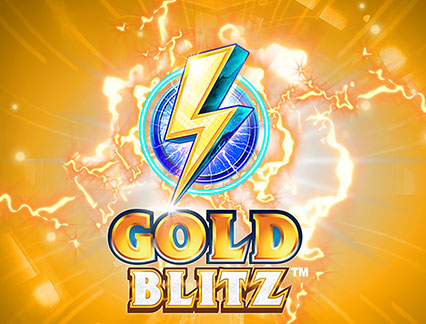 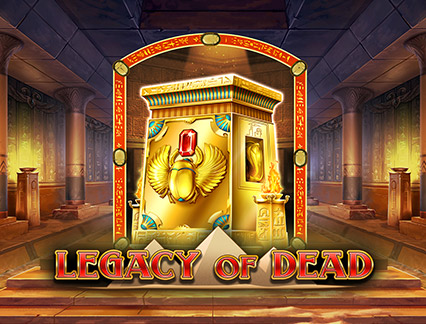 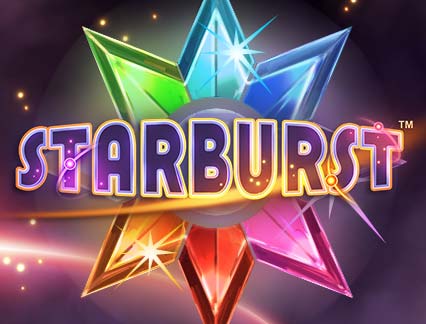 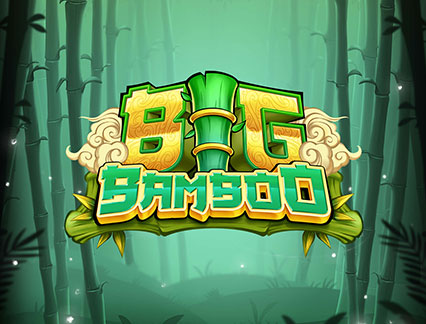